Try Rome!  Of all of our featured Clued In European cities, it has the fairest weather and the least crowds. Having said that, we can’t promise there will be no rain at all, but storms hitting the Eternal City tend to blow past so fast that a quick duck into a pasticceria or café is usually all it takes to get past it.  We love Rome when it’s free from the the gazillions of tourists who descend on it during the summer months, and believe a city can best be explored in the off-season when you can easily breeze right into sights that in August would take you half a day to get in to. In addition, airfares and hotel rates are great.

Of course, it does matter precisely when in March one goes.  Many pilgrims visit Rome the week prior to Easter where special events at the Vatican are ongoing.  In 2018, the holiday falls on April 1st. For this reason, Holy Thursday and Good Friday (March 29th & 30th) will bring out the masses. On the other hand, if you don’t mind navigating the crowds you could have a very memorable experience attending mass at St. Peter’s Basilica during such a time. All are welcome; you certainly don’t have to be Catholic to attend (or admire) all the pomp and circumstance.

Also, the Rome Marathon –which is usually scheduled in late March– has been moved to April 7th for 2018, no doubt because of Easter falling on April 1st. It takes runners past most of the major sights- something you may want to be aware of.  But throughout most of March, Lenten processions are many and give visitors a taste of the local culture.  On the Ides of March (the 15th) commemoration of Julius Caesar’s death will be taking place by his statue near the Roman Forum. Out best advice is to make sure the timing of your visit matches up with your own interests.  As the temperatures can vary between 40 to 62 degrees, just be prepared to layer your clothing.

Will the Clued In Travel team be there in March? you might ask…  We sure will.  We’ve got some research to do.  (But more on that later.)  See you there!

~The Clued In Travel Team 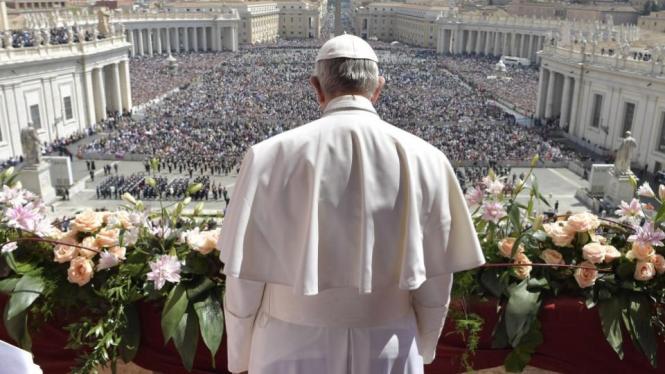